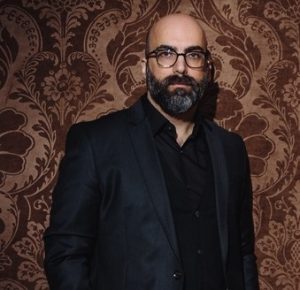 Notwithstanding being mostly known to the public as a prose writer, what cannot be disregarded is the fact that Valter Hugo Mãe possesses fourteen poetry books, assembled in Folclore Íntimo [Intimate Folklore] (2008) and Contabilidade [Accountancy] (2010).

A personal and explicit conception about Europe seems more evident in the prose than in the poetry of this author, that can be corroborated by the fact that, throughout Contabilidade, the term “Europe” does not appear, explicitly, a single time. However, if on the one hand, the poetry of Valter Hugo Mãe “is not an end in itself, but a creation laboratory, an extraordinary pantheon of improbable confidences” (Teixeira 2016: 55), on the other hand, the hybridism of the form bolsters the expansion of an ostranenie [defamiliarization] effect. It is then to the reader to use the interpretative mechanisms to manage to recover the subtle fragments of references to the European continent present in the work, through the description of characters, actions, or concrete objects.

It is, in fact, a metaphoric and dysphoric cosmovision, non-delimitative of territorial borders, but cultural and perceptive of the old continent, that I propose for the author’s poetry which is in turn satiric and taciturn.

Concerning the Portuguese territory, Valter Hugo Mãe chooses to ironically describe an individual subject, resident in the country and clearly divided between the city and the countryside: “I get an advantage in / displaying an urbanity without exaggerations” (92), “there is in me a parochial soul, full / of landscape, beautiful extensions of green fields / and sand blonding in the sun” (idem). Maybe this same subject could represent a nostalgic and mournful Lusitan way of life.

Valter Hugo Mãe seeks the caricatural psychological description of me and the ironic narrative of his relationship with the collective, not only defining the essence of “Portugality”, but also denouncing some particularities of that very character, that seemingly, for him, lack regeneration as can be ascertained in the following passages: “aim at homesickness to / copy out the past and buy the future / on credit” (14), “the old lady inclined over my / afflicted head and said, something about milk, / flourish in the rye and lay your body / in the middle of the earth. Blood thing, / raise the body and walk” (51), “tired, we feel the hardship / of existence, anguish of not / knowing nothing essential about the human / being” (78). Finally, he concludes: “we have ideals of / shriveled people, even more so because we are / Portuguese, and we do not abdicate of a good drama / in order to complete ourselves in the moment in which / we are the fleeting centre of attentions” (95). This last excerpt can be assumed, not only as an unveiled critique to the Portuguese mode of action, but also as an alert to the urgency of rethinking the community’s mental paradigms.

In spite of the lexeme “Europe” never effectively appearing in the poems of Valter Hugo Mãe, I risk stating that the concept is latent in the stretches where he notes each individual’s suffering (and his subsequent restlessness with the finite me), as well as Man’s relation with Nature, or, in a more concrete way, with the countryside and manual work.

We highlight the following textual segments:

bodies and spread out in the fields

feet on the ground, waving

sometimes or cleaning the

also so that you

because I know everything

tells me welcome to the

entire world while I depart

I have already told you, in no tomb will

my soul fit, I will leak through the remedied sizes

with the consistency of things

In these brief excerpts, we find a certain melancholic tone. In the first, it is possible to perceive the intrinsic link between the mundane, and the earthly, and the human being, that dedicates himself intensely to be able to extract fruits from his work and feed those who depend upon him. In the second, the grief assumes itself as the central figure, given that death assumes its strength and erodes the bodily frontiers, separating the lovers. The following verses, complement this argumentation and expose a bloody trail:

The dead, God sent them to

and they almost did not fit

If they died burnt, defleshed

in acid or mutilated bleeding as open taps

Valter Hugo Mãe does not limit, through the lyrical subject, the vestiges of human suffering to a closed space; he seems to have the need to expose it without any physic-spatial or reminiscent frontier, as a way of awareness: “I remember what / they said. That there were many of them, / butchered throughout / the square for no reason” (idem). In this context, one should note the fact that the empirical author assumes his disbelief in humanity and admits that, in his point of view, it “needs to learn somethings once and for all” (Mãe apud Silva, 2012), so that the hostile environment and the trails of blood left by the belicist moments do not happen again, in a “Europe that was promised to us [and] that is totally failing” (ibidem).

We left the absolute

beasts and the men

end up, we had

clear by the sun evaporated out of the house

to see the orchard. Only then would we restart

and spread out in the fields.

Feet on the ground, waving

Sometimes or cleaning the

they did not realise how much we were their parasites,

they were as solitary and ugly

darkening everything around them

They carried the stones

they fell down the slope,

frying in the sun

seen at their homes’ windows

they seemed to be resting

The dead, God sent them to

and they almost did not fit

if they died burnt, defleshed

in acid or mutilated

I wanted to see

Packs that barked all night

Me smelling of blood

to infuriate the snouts

dry in the sun, my

grandmother hanging at the entrance as

around the disarmed neck

strengths of the animals

dragging ploughs, and the

insecure in love with the

fury of the beasts were

very beautiful, in each day

even more against us

manuring the house for

Disposed the hands between the

campfire where they burnt

and anyone else who saw her

would be next to

the mouth of the pack

they said. That there were many,

square without a reason, I went

to see them according to my revelry