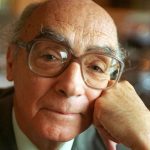 Saramago was born to a peasant family from Azinhaga do Ribatejo, a village in the Golegã county, and went to live in Lisbon when he was two years old, accompanying his parents who moved to the capital for work related reasons. The Azinhaga of his childhood, the village of grandparents Josefa and Jerónimo, of the peasant misery where “everyone walked barefoot, except the men who wore working boots” (1996), is his home, the place he inhabits, notwithstanding having lived in several places along his life.

Azinhaga impregnates Saramago’s soul of an existential melancholy, of non-conformity with a world where one witnesses the ethical and moral degradation of the individual. Defining himself as a professional sceptic and a pessimist, Saramago is, above all, a homo eticus (Camacho 2010) with a solid moral structure and in whose work we find commitment with the world he lives in. As he states: “If I am not interested in the world, it will knock on my door holding me accountable” (idem: 53). It is this commitment that leads the author to reflect on Europe, where he lives, on the way it has related with the world, with the countries of the Iberian Peninsula, specifically Portugal, and on the role they will have in a new European and global order that Saramago presents by way of a utopia. It is a reflection we find dispersed in literary works, but also in interventions in conferences, in articles he writes and in interviews he gives that illustrate a troubled and nonconformist existence with the Europe and Portugal of his time.

Saramago, for whom many revolutions were lost for excess of patience (2009: 44), is an impatient person who uses the impatience to protest against a hegemonic Europe lacking solidarity and against a Europe that treats Portugal and the Portuguese as if they were at the end of the world (1998: 247). Distancing himself from those that, like him, make the craft of thought their breadwinner, but keep silent (1994: 103-104), Saramago, disturbingly and sarcastically criticises the way the economic Europe emptied of ethics, to which “people are nothing but producers, expendable at any time, and consumers coerced to spend more that they need” (1994: 65). In this Europe dominated by economics and finance, any attempt to promote a dialogue of cultures and thus generate a time of peace, is in vain (1995: 106). The author also grates on political Europe, the Europe of European integration, which is, in his view, a “distasteful fallacy” (1997: 34), for there can be no genuine union when there are countries in command and countries who obey, countries in the centre and countries in the periphery.

It is to Europe’s fringes, more than to Europe, that Saramago clings to, in a visceral way, when he declares: “First, I am Portuguese, second, I am Iberian, and third, and only when I feel like it, I am European.” (2010: 42). The link to the fringes leads the author to an idealisation of a new world order presented as an allegory in the work A Jangada de Pedra [The Stone Raft] which originated a hermeneutical rhetoric, not always shared by the author. Published in 1986, A Jangada de Pedraopens up with the geographic separation of the Iberian Peninsula from the European continent, starting, then, a navigation “always towards the South Atlantic” where, finally, the Iberian island stops” (1994: 38). It is an allegory in Saramago’s fashion, that encompasses the key ideas of a geo-cultural thought stemming from the author’s critical vision of Europe and from the way it has been treating the peoples, namely those who inhabit the continent’s Western edge.

In Saramago’s cultural geography, Europe is not the Iberian Peninsula’s natural place. Accordingly, the voyage of the Iberian island is not experienced with sadness by either part: those aboard the raft navigating across the Atlantic feel no nostalgia; the ones that remained on the continent, witness the voyage with indifference, even “insinuating that if the Iberian Peninsula wanted to leave, so be it, the mistake was to have let it in” (1987: 38). With the characteristic humour of his writing, Saramago considers it to have been a mistake occurred during continents’ drift that attached the Peninsula to Europe and, for that reason, the stone raft’s separation is the natural reparation of that mistake (1983).

In the Iberian island navigating across the Atlantic searching for its natural place, go the two peoples of the Peninsula. The geo-cultural universe of Saramago proceeds with the severance of the historical narratives of each of the peoples, built upon the assertion of their mutual estrangement: Portugal, because what is “evil” has always come from Spain; Spain, because of an “amputation complex” that has always led her to ignore the existence of Portugal (2001). In Saramago, we find a new narrative paradigm founded on the defence of an Iberian unity based on a cultural identity of the two peoples. Iberism is the term with which Saramago designates a way of life common to both countries, characterised by a capability to dream, a yearning for adventure, a vital attitude and a deep look that, simultaneously, unites the peoples who inhabit the Iberian island and separates them from a Europe dominated by the Cartesian and by an “eminently practical sense” (1983) The Iberian people is not a European people, argues Saramago (1983). This proposition justifies the voyage of the raft and legitimates the critical eye with which he analyses Portugal’s and Spain’s joining the European integration. The wave of Europeanisation witnessed by Saramago, recklessly defended by some, has, in his understanding, drained the Spanish and the Portuguese of their cultural identity (1994). In an opposite direction in relation to the Europeanisation process, the author reinforces the need to assert the cultural identity of the Iberian union, in which he sees a bulwark of the fight against the way of life of a mercantile Europe bereft of humanism and morals and in need of a “good ethical insurrection” (1995: 106).

The Iberian island finishes off in the South Atlantic somewhere between Latin America and Africa, where it finally finds its natural place. The allegory shows that it is in this place that the countries of the Iberian island find cultural and historic affinities. It is to the cultures of the peoples of South America and to the cultures of the peoples of Africa, that Portugal and Spain should be attached and not to an absolutely alien Europe. In the geo-cultural grammar of Saramago, trans-Iberism is the term with which he designates this southward calling of the Peninsular peoples. It is a new world order being configured and that reserves a new destination for the Iberian Peninsula: it will be the privileged interlocutor of Europe with the cultures of Latin America and Africa, but will also be the tugboat of Europe towards the South and “for everything that involves the South, in confrontation with the North, with the duality of wealth and poverty, of superiority and inferiority” (2001).

“In the South lays the future of the future” (1986), a statement that confers the saramaguian geo-cultural thought the sense of utopia. It is a new world that is announced in the works and the words of Saramago. If this new world was born of a “historic resentment” (2016: 105) concerning the way Europe treated the peoples of the Peninsula, his statement, even as a utopia, cannot be interpreted as the defence of isolationism and anti-Europeanism. Saramago is a non-European, a man from the fringes of Europe, fringes that were treated with contempt and injustice by Europe. But it is in these fringes that Europe may find its salvation and redemption.

I am a Euro sceptic who learnt all of his scepticism with a teacher called Europe. […]. I reject the so-called «European integration» for what I see as the premeditated constitution of a new «Holy German Empire», with hegemonic goals that only seem to be different from those of yore, because they had the skill to present themselves wrapped under a fake consensus that pretends to ignore the underlying contradictions that constitute, like it or not, the intrigue in which the historic roots of the nations of Europe have always moved and continue to.

The power balance between the European states continues to be what it has always been: countries that command and countries that obey. That the former, for tactical purposes, simulate to dilute their authority and their control in a semblance of general consensus; that the latter, for what little sovereignty they have left, pretend to debate on an equal stand – it is something that can only fool the naive. The truth is that no one dares to say that Queen Europe is naked.

We all know very well that Europe was the fertile mother of cultures, the inerasable beacon of civilisation, the place where, as time went by, would be instituted the human model that, certainly, is closer to the project God had in mind when he placed the first human specimen in paradise. It is, at least, the idealised way in which the Europeans use to see themselves in the mirror and that is the subservient answer that they invariably give to themselves: «It is me the most beautiful, most intelligent and most cultivated one that the Earth has produced to this day. » Ditto, it would be the time to start writing a, certainly, not shorter minute of the European disasters and horrors, that would end up leading us to the depressing conclusion that the famous celestial battle, was not, after all, won by Jehovah, but by Lucifer […]. I do not even talk about the wars, invasions, genocides, selective eliminations, I do talk about the gross offence that is, besides that kind of congenital deformation called Eurocentrism, that other aberrant behaviour consisting of Europe being, so to speak, Eurocentric concerning itself. For the rich European states and, according to the narcissistic opinion in which they delight themselves, culturally superior, the rest of Europe is something vague and fuzzy, a bit exotic, a bit picturesque, deserving of, at most, the attention of archaeology and anthropology, but where one can do some good business.

The [Iberian] Peninsula stopped its rotation movement, now it descends in a plumb line, southwards, between Africa and Central America […], and its shape, unexpectedly for whom has in his eyes and on the map the former positioning, it looks like a twin of the two continents that flank it; we see Portugal and Galicia to the North, occupying all the width from West to East, then the great mass gradually narrows, still with a salience of a bulge to the left, Andalucía and Valencia, to the right the Cantabrian coast and, on the same line, the Pyrenees wall.